Armed with a Microwave Cannon for killing infantry hiding in garrisons and cover by boiling them alive, a terrifying fate for the enemies of the Shaltari. Or armed with a Light Ion Cannon for taking out aerial targets, the Yari is a fast way to bring death to the enemy.

The Tate is a new development, at least as far as the UCM can tell for the Shaltari. Using the familiar Yari Chassis, the Tate swaps it's weapon for a Shield Boosting Node. With it's fast speed, this means it can deliver a shield booster to forces under attack, turning the tide of a firefight to the Shaltari's favour.

Contains four multi-part skimmers that can be assembled as either a squad of Yaris or a squad of Tates. 10mm in scale with a length of 31mm. 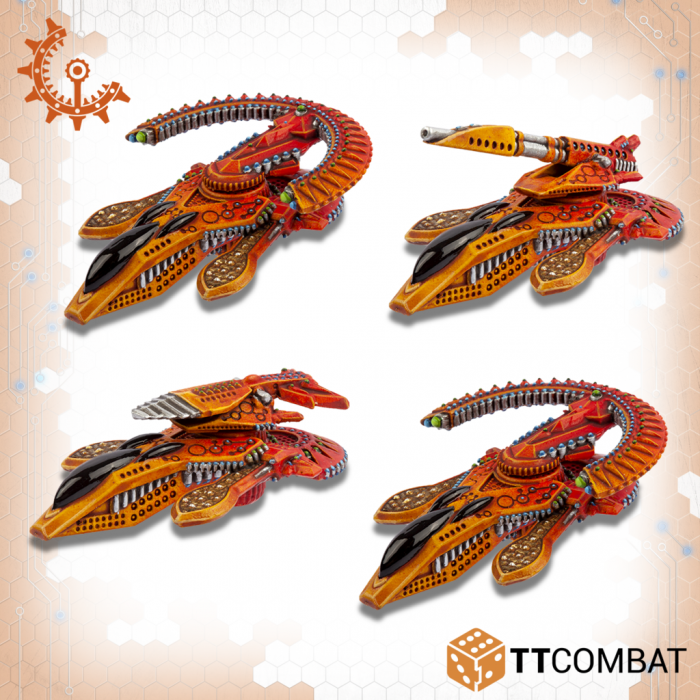